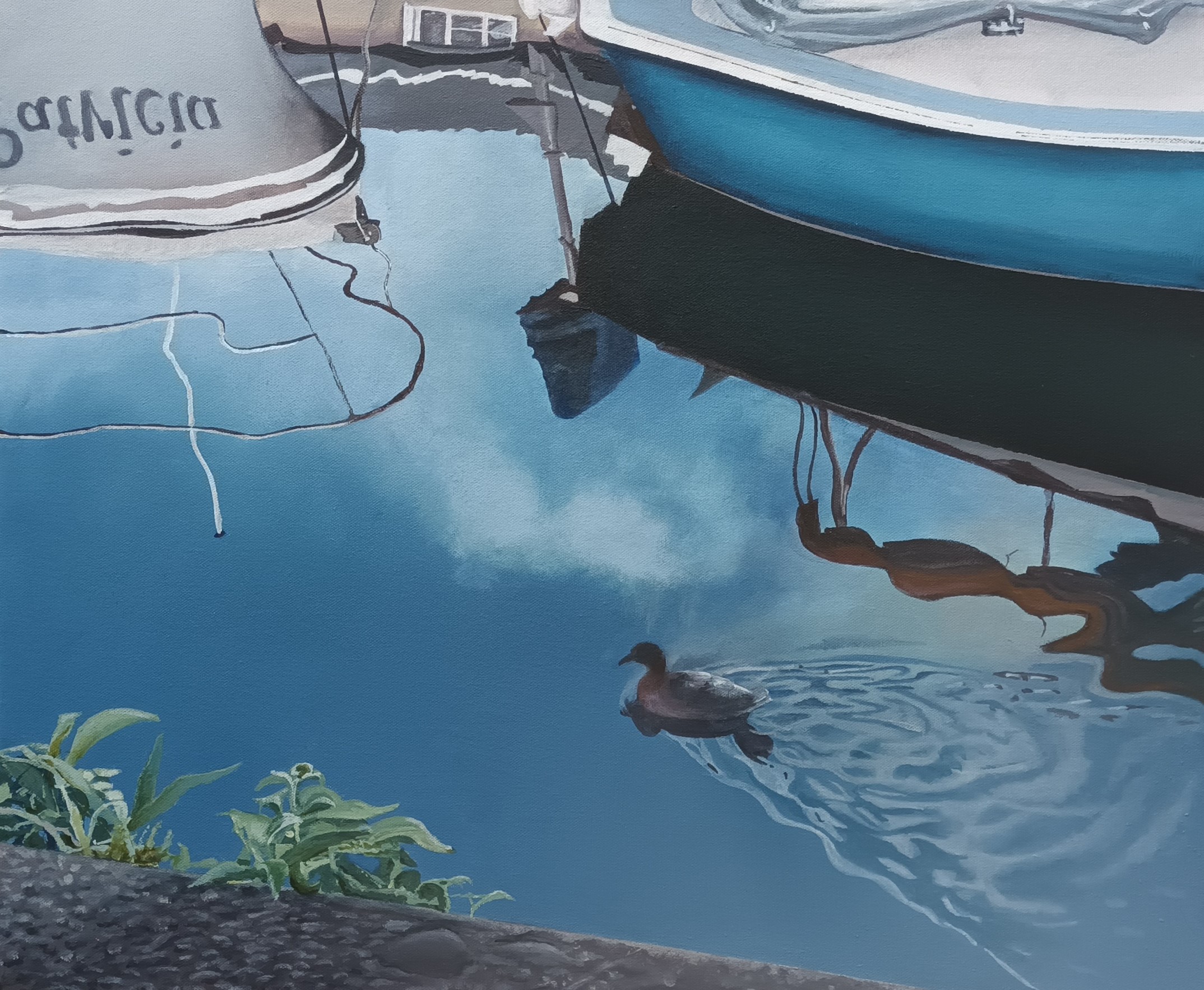 Pete studied at Exeter College of Art for a BA(Hons) from 1978 to 1981 and progressed to the Slade School, University College London, completing a Higher Diploma in Fine Art in 1983. Prior to all this and in what now seems like a prior existence, he achieved an Associateship of the Institute of Bankers. In 2011 wanting to understand more of the visual language he was using, he gained a Master's Degree in Art History from the Open University.Strangely, as this website is about his painting, the first two degrees where in sculpture, and indeed he practised as a commercial sculptor for twenty odd years. The transition from sculpture to painting came about for a variety of reasons, but the link was that he had always made drawings, filling sketchbook after sketchbook with images and ideas. By the time his sculpture practise was coming to an end he was teaching art full time, mostly on degree level courses. Within the preparation for art teaching, he became particularly interested in the concepts of Modernism and how some groups of artists developed narrative images within the Modernist canon. Particularly influential to him are the American Cool Modernists, integrating detail with strong abstract compositions.Having moved through various painting styles, including large abstracts working with Patrick Jones, through to observed still life, his current style and subject matter developed on his move to Bideford some six years ago. The quayside in Bideford is the home for vessels in a variety of states of repair and is the destination for other forms of shipping. He became fascinated with the relationships between these boats, their individual qualities, and the quayside. Living just three minutes from the quayside enabled him to develop a practice involving the making of observed drawings and taking photographs which generate ideas for studio paintings. As this practise developed, he started to apply it to the quaysides in Bristol having ample opportunity to make studies during his visits to his son who lives there.In a recent discussion Pete said about his work, "Each painting is a test, there is always something new to learn, reflections, clouds, finding a technique to achieve the result I want". He continued with, "they are always paintings, even if superficially they appear to be wanting to mimic photographs, they don’t, the application of paint is always apparent". We hope that you enjoy them.Pete is currently on several social platforms from: Instagram to Facebook, He can also be reached via his tuition business Quay Drawing www.quaydrawing.uk or by its Facebook page.