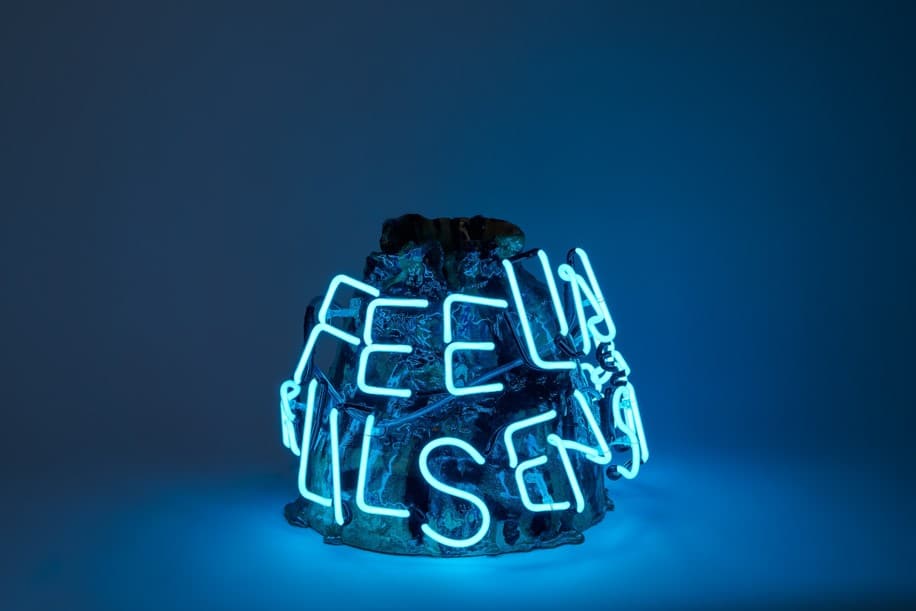 Exploring the collections at The Burton at Bideford, Art Gallery and Museum, Coulston has chosen a selection of pieces to reinterpret and give these pieces a contemporary narrative.

Connor Coulston is a ceramicist whose practice is defined by the ongoing conversation between his self-deprecating sense of humour, wild imagination, and the materiality of clay. The majority of Coulston’s work is a result of a fascination for the kitsch ceramic ornaments that you would usually find in a charity shop, museum, or that have adorned his grandmother’s fireplace. He subverts these often mundane pieces through a rigorous questioning of the piece’s legacy and hidden narrative whilst focusing on personal issues such as depression, queer identity, and his Grandmother’s love for right-wing politicians. Coulston uses his self-deprecating humour as a tool to create surreal and kitsch sculptures which act as a preface to bring his audience into a false sense of security so his work can reveal its more sinister undertones.

For his first exhibition in Devon, Coulston has explored The Burton at Bideford Museum and has selected 7 pieces from its collection. Ranging from Tobacco Jars to Meissen figurines Coulston has reimagined these chosen pieces to surprise, unsettle and entertain. The addition of neon light to the pieces gives an added dimension and modernity to the sculptures and the results are humorous, colourful, and sometimes shocking.

Connor Coulston (b. 1992) graduated from the Royal College of Art in 2017 and has since exhibited widely in the UK. He was the winner of the Ingram Prize in 2020 and was shortlisted for the AWARD at the British Ceramics Biennial in Stoke on Trent in 2021 as well as for the Young Master’s Art Prize in 2019 and the John Ruskin Art Prize in the same year.

The Burton at Bideford